When Tammy Armes brought her Border Collie, Karst, home in 2011, she knew he would need a job.  When he was three months old, she took him to a Yappy Hour at Flying Fur!  This fortuitous excursion introduced her to both this awesome facility and flyball!  A New River Rapids team member happened to be working, and told her about flyball.  That started her on the path, meeting flyball people at social events and checking out the next local tournament.  It looked like a job Karst would love, so she signed him up for classes when he was old enough.  At first it was a Karst and Dad activity, but soon enough Tammy realized she wanted to be the one running this pocket BC!  Karst debuted in 2012 and was almost perfect from the beginning.  Karst was the perfect flyball starter dog, as he is so eager to please!  In 2014, the family decided to add another member.  Bitten hard by the flyball bug, Tammy wanted a new addition who would excel in the lanes but also have a relaxed temperament.  Tor, a cuddly Three Quarter Border Collie / One Quarter Whippet , was born to play flyball - literally and figuratively!  He had his “surprise” debut in 2016.  Tammy continues to strive to get the best out of her dogs, in flyball and also in other activities they enjoy together. Tammy can doubt herself and be timid about passing, which is relatively new to her.  She’s working on it, though, and will tell her teammates to remind her to “Go for it!”  So if you see them in the lane, and they are whispering in her ear, look out! This cue to put on her game face can only mean good things for the New River Rapids!  Outside of flyball, Tammy also enjoys Frisbee and Chuckit with her boys.  Down time will find she and her husband cuddling on the couch with Tor, while Karst intently watches television - his second favorite pastime! 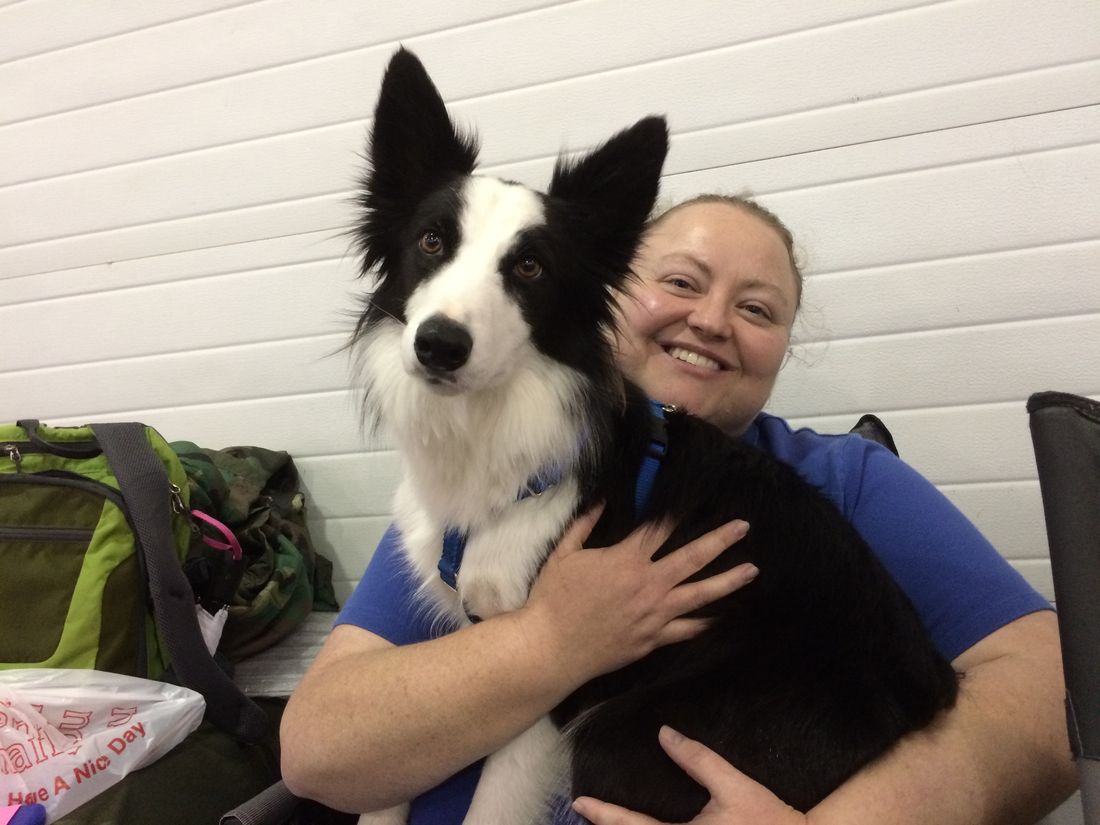