Brisbane is our team’s social butterfly. When he first began training for flyball, he was carrying an unnecessary extra 9 lbs on his little 14-15” frame, and he appeared to have no use for this “flyball” thing! Now, weighing in at a slim and trim 15.2 lbs, Brisbane has a new found interest in drive. Brisbane made his flyball debut at the Fly’N Aces Need 4 Speed II tournament on May 15, 2011 at the Las Vegas Motor Speedway. He shared run time with his sister, Sydney, and helped bring team “Catch a Wave” to a 2nd place finish in Division 6. Focus and stamina are two areas that continue to improve, but we are still looking for that ultimate “motivator” to drive him down to the flyball box and back. In October 2011, Brisbane competed at his First CanAm and earned his FGCh-G title, and achieved a 4.778 personal best time! Brisbane is the 3rd member of the Jam-Min’ Aussies crew, and is related to Tazman. They share the same grandfather from Boot Top Aussies. Other activities that Brisbane enjoys: Tricks, agility, disc dog, lure coursing, herding, and most definitely...eating! Brisbane is owned and very much loved by CJ Fithian. 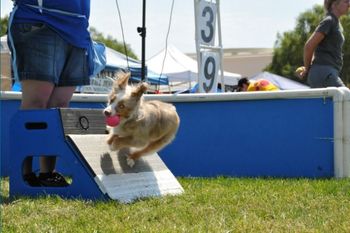 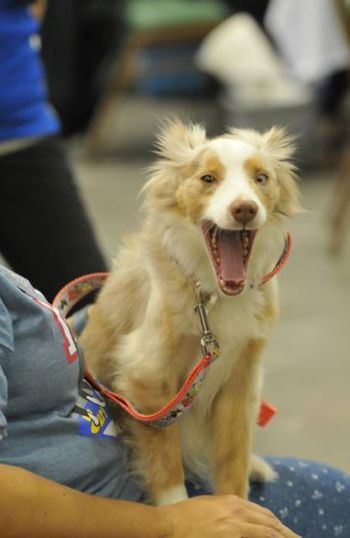 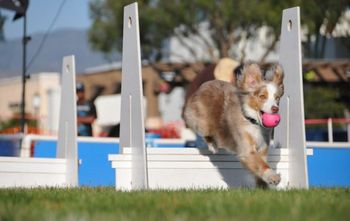 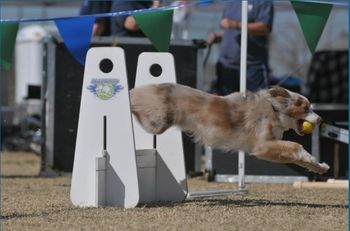 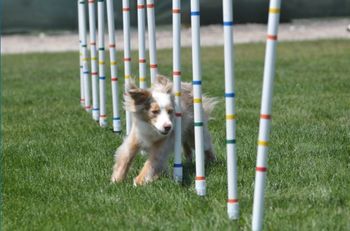 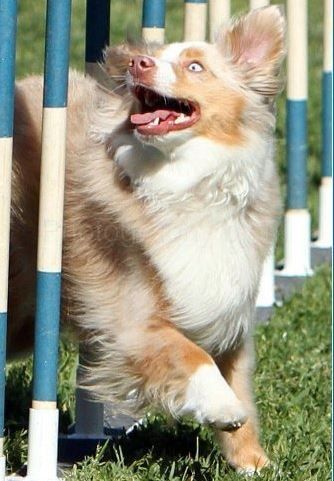 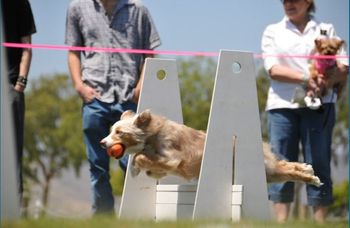 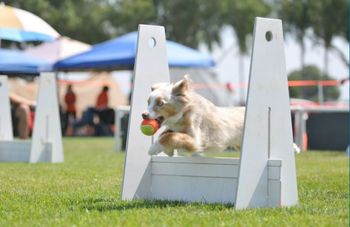