AKA-The Blue Eyed Devil. Isaac is well known in Region 9. With his startling blue eyes he is hard to miss when running in the lanes. He began his career in June of 2006 and has remained an extremely reliable machine ever since. Isaac can run in any position, but spent the majority of his career as the start dog because of his stamina and consistency. In his 11+ years of racing he has done it all. He was NRR’s first dog to hit a 3.8 time and remained the fastest dog on our club for years. Running on NRR’s “A” team, he helped us win our first divisional championship at CanAm winning Regular IV in 2012. He was also on our team which won the Regular V division in 2013. On the homefront, Isaac is one of NRR’s “training” dogs. In 2012, Isaac was nominated to represent NRR for DGF’s “Trainer Taz” photo. The idea behind the photo was to represent the dog on each club who helps new dogs learn the ropes and receive a solid foundation before competition. At the end of 2014, Isaac was awarded the Iron Dog award for ten consecutive years of racing in NAFA. Even more impressive, in July of 2017 Isaac earned the coveted HOBBES award, the highest achievement a dog can earn in NAFA, by amassing 100,000 points. To top it all, Isaac was voted NAFA Region 9 MVP for 2017! Isaac is owned and loved by Sharon Harrell.

Congratulations to Sharon & Isaac on being voted Region 9's 2017 MVP!!! 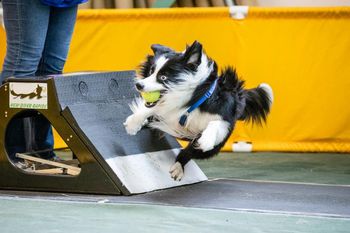 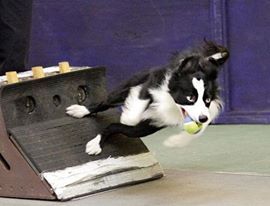 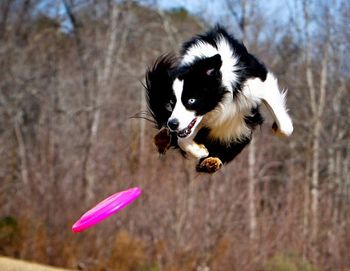