Dirk Elber has been playing flyball since 2008. He had a mixed breed dog named Shadow that badly needed a job. Shadow learned the game quickly, and was a force to be reckoned with. A beast in the lanes, our team was usually seen cleaning up the lane after her runs because of the slobber left on the mats from her "trash talking". Shadow paved the way for some amazing dogs to join our team. Dirk loved the game so much, he decided to become a judge only about a year after he started competing. He is currently serving on NAFA's Board of Directors. Dirk is always trying to get the best out of every dog, and is one of the biggest reasons our team is kept up to date on the latest training techniques as he tries to integrate them into our team practices. He is most definitely one of the best passers on the team, and will be seen teaching many of the newbies proper release timing and technique! Outside of flyball, Dirk works at Aeroprobe Corporation in Christiansburg and enjoys playing backyard fetch with the staffies. 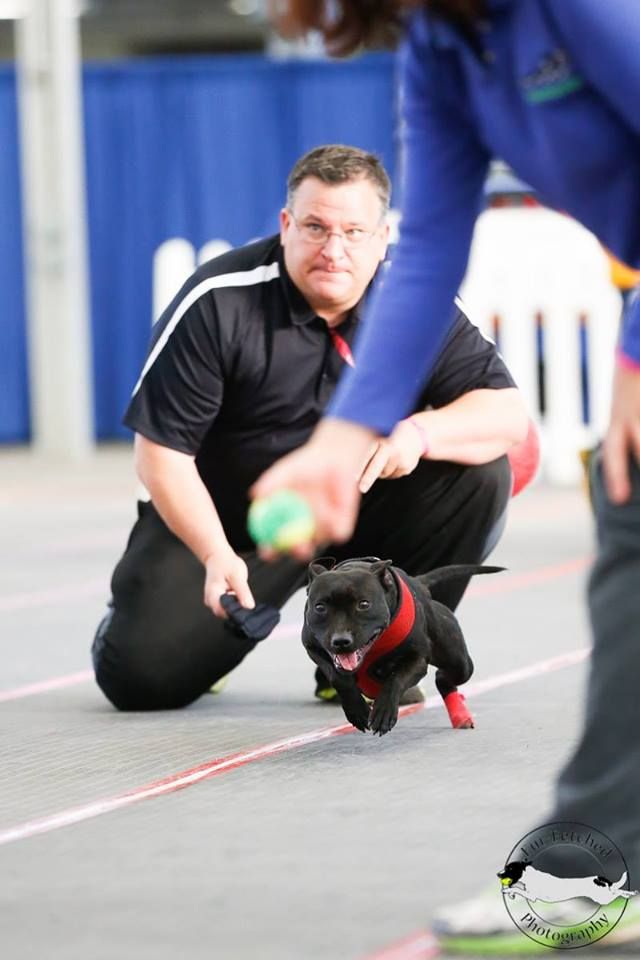